5.1 Order the following groups based on decreasing priority for E/Z naming purpose. 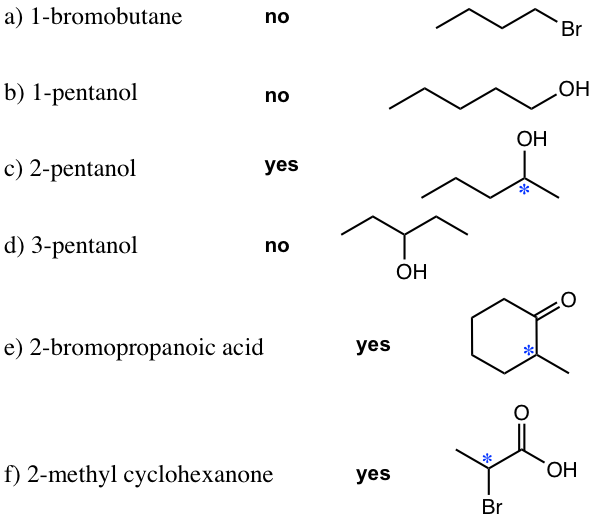 2. Label all the chirality centers in the following molecules.

5.3 Draw the pair of enantiomers of 2-chloro-1-propanol.

5.4 Determine the R/S configuration of the chirality center in following compounds.

5.5 Determine the relationship for each pair of molecules: enantiomers, identical, constitutional isomers, non-isomer: 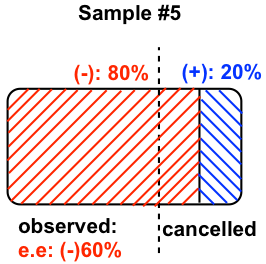 5.7 Explain that why in step 3 of the above procedure, the answer should be reversed to get the final (actual) configuration?

According to the definition of Fisher projection, the horizontal bond is the bond pointing towards the viewer. Therefore when the lowest priority group is on a horizontal bond, it is on the position just opposite to the way defined by the Cahn-Ingold-Prelog rule, so the actual configuration should be the reversed version of whatever obtained initially.

5.8 Indicate the configuration of the following compounds. 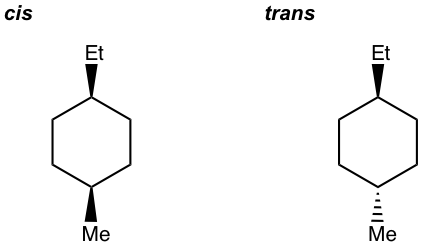