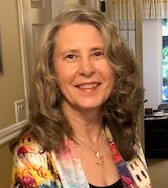 Sheila has served in health care for decades, spanning roles in Clinical, Administrative and Education. She graduated with Distinction from the University of Saskatchewan in 1969. Currently she is owner of SDE Consulting Forensic Nursing Education Services having recently retired as Coordinator Forensic Health Sciences Program British Columbia Institute of Technology ( BCIT) Some of her accomplishments include: