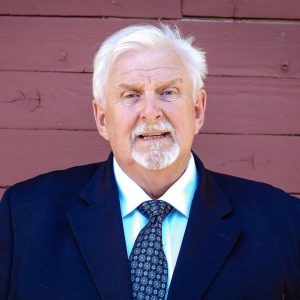 Jim Cessford is the former Chief of Police with the Delta Police Department. He previously served in the Edmonton Police Service (where he started the Domestic Violence Unit ) and has been a police oﬃcer for 47 years. He was formerly the President of the BC Association of Chiefs of Police and the B.C. Municipal Chiefs of Police. He was a former member of the homicide and major crimes investigation team with the Edmonton Police Service. He has a wealth of experience in  homicide investigations and  Police Victim Services.

He is a member of the Network to Eliminate Violence in Relationships (NEVR), Delta Opposes Violence Everywhere (DOVE) and he is the Vice Chair of the B.C. Bereavement Helpline.

Jim is a member of Order of Merit for Policing (MOM). In 2009, he was named Delta’s Citizen of the Year in recognition of his professional achievements and community service contributions.

With his busy schedule, Jim still finds time to coach and mentor for many sporting teams and for high school students who are graduating and moving on to the next phase of their lives.