Being a game consumer during the COVID-19 pandemic came with a lot of changes and obstacles. Many issues in gaming that were insignificant before the pandemic became more significant and difficult to manage as a consumer. During the early days of the pandemic in March 2020, British Columbians were required to stay home: for many of us this led to picking up new or old hobbies – gaming being one of them. In April 2020, gaming company Riot Games published a new FPS (first-person shooter) game called Valorant: and since I now found myself having much more time at home this game captured my attention. 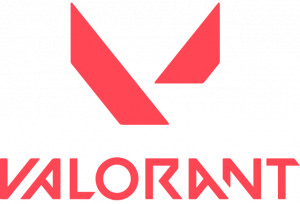 Riot Games is a prominent name when it comes to online gaming as their MOBA (multiplayer online battle arena) League of Legends is one of the biggest games in the world. The success of League of Legends was transferred over to Valorant, this can be explained through classical conditioning.

is a learning theory developed by Ivan Pavlov that is a type of learning done without us knowing. Through good experiences with League of Legends I conditioned myself to feel the same way about Valorant.

The success of Riot Games first game League of Legends, helped Valorant garner a lot of hype. is when a product has major value within the public’s eyes through high publicity and promotion (Niosi, 2021). During beta, Valorant was only obtainable through Twitch.tv – a popular gaming streaming website – forcing viewers to continually watch creators and gameplay for a chance at a drop (Twitch.tv Blog, 2020). By not giving users the access right away and restricting access to the game itself, a lot of hype was built up around its public release. Additionally, Valorant was the first big Twitch.tv drop and it came during the pandemic’s start when many gamers were ready and waiting.

Let’s talk about some consumer behavior topics that appear within Valorant’s community and gameplay.

The gaming community can be very toxic which is well known by anyone who has engaged in online gaming. Social norms are unwritten rules we follow by adapting the way we think, feel, and behave (Niosi, 2021). In the Valorant gaming environment, social norms are noted by examining the behavior of individuals in lobbies. Valorant games are equipped with voice communications which are enabled within your own team: this allows players to talk to different individuals across their own region.

The issue for gaming arises with the lack of repercussions for unacceptable behavior within these lobbies. Many in the community take advantage of the lack of accountability and identify toxic behavior as a social norm within the game. As such, the toxic behavior – a social norm within the game – becomes an accepted mode of conduct by groups of people within the community. For female players this is a more serious issue. Females are often hesitant or afraid to speak up because many (toxic) male players will verbally abuse them by using sexist and derogatory words.

Racist and homophobic remarks are also very common when it comes to voice communications in the game. Baluch from Esports Grizzly states that Riot Games plans to record these voice communications to combat verbal abuse within Valorant (Esports Grizzly, 2021). This clearly shows that the developers are aware of the toxicity within the gaming community as a whole, but also within their own game. Since Valorant is a team game, muting teammates puts players at a disadvantage since muting limits access to important information. At the same time, bullying and online harassment of this kind takes a toll on every victim and I was no exception to this.

At one point, I quit Valorant altogether. The sheer amount of toxicity I faced within the game pushed me away until I reached a point where I felt comfortable returning. I felt particularly uncomfortable playing during the pandemic because I recognized that my mental health was super important and that this kind of verbal abuse was terrible for my health. What I’ve observed in the game is that toxic behavior has become a social norm often influenced and created through subjective normative influences.

are identified as when those people close to you give a “stamp of approval” for certain actions and behaviors. Subjective normative influence could be seen when players were actively encouraging others to engage in verbal abuse, harassment, and toxic behavior of other players with their lobbies. Many users would queue up with their friends and talk poorly to random people as they had their friends egging them on as well as laughing. This toxic behavior was hard for many during the pandemic and is the reason why many of my friends sold their gaming PCs or consoles shortly after.

In order to address the concerns around toxic behavior in gaming, some companies have used instrumental conditioning. is the use of either punishments or reinforcements to make the behavior occur less or more (Niosi, 2021). In gaming, instrumental conditioning is applied in different ways. For example, within the actual gameplay itself, not shooting an enemy target punishes the player (the game kills them off and makes them wait to come back to life). This punishment therefore encourages players to kill first, otherwise, they will be forced to wait for a respawn. Instrumental conditioning is also used in gaming to stop the kind of toxic behavior mentioned earlier. By enforcing user bans and suspensions, players become conditioned to recognize the negative consequences of their toxic behavior. Bans and suspensions means players lose hours of game time and money.

During the pandemic, however, many players didn’t care about losing their account since they could just make another one, rendering the punishment a lot less effective. On the other hand, good behavior, like being a supportive teammate, is rewarded in many games like in League of Legends where an honor system is used to reward and honor your teammates. Rewards such as free skins and points have helped reinforce the idea of being a respectful player.

During the pandemic, many people had to deal with issues and gaming used to be an escape from those problems. Dealing with toxic behaviour is almost expected now in the gaming environment. It’s a behaviour that has become mainstream in some places. Valorant, being the hottest new game during the pandemic, became many people’s escape from the stress and all the unknown that came with COVID-19. Being a consumer of video games during the pandemic was both exciting (having all this time to play) and also scary, not knowing when I can pick my life back up again. Consumer behavior themes can be seen within gaming, in general, and inside the Valorant game in specific.

a learning theory developed by Ivan Pavlov that is a type of learning done without us knowing.

when a product has major value within the public's eyes through high publicity and promotion.

the degree of social pressure an individual feels regarding the performance or non-performance of a specific behaviour.

the use of either punishments or reinforcements to make the behavior occur less or more.

Student Anthology: Consumer Behaviour in Pandemic Times by Andrea Niosi is licensed under a Creative Commons Attribution-NonCommercial-ShareAlike 4.0 International License, except where otherwise noted.