COVID-19 has forced consumers to re-evaluate how we act within our communities and with each other. Some of the safety restrictions that were mandated by the provincial government have affected my shopping experiences and purchasing habits. The most notable changes I’ve observed as a consumer relate to the following concepts: social norms; hype; persuasion; and sensory marketing. 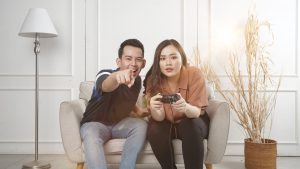 Having the ability to interact with others via interpersonal communication has stopped because of the pandemic. Instead of going out and having face-to-face interactions with friends and family, I have resorted to using Facetime and other technology-based outlets as an alternative method. This also holds true for shoppers as the new social norm has become purchasing items via online shopping. As a consumer I feel a greater sense of disconnect because I am unable to engage in the same shopping activities, I was accustomed to before the pandemic. refers to the actions that we partake in during our everyday lives that are viewed as acceptable within society and when we were no longer able to go into retail stores, speak with sales staff, and engage with products, I experienced a higher degree of discomfort. 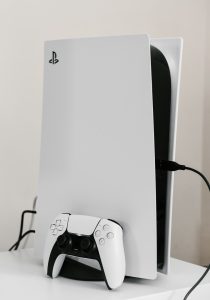 As a consumer living through a pandemic, a noticeable change that occurred was the added hype businesses put on their new or soon to be released products. The concept of hype is bringing about the awareness and advertising a product to bring about public satisfaction and interest (Niosi, n.d.). During the most intense period of social isolation and lockdown, businesses not only switched entirely to digital marketing but were also heavily promoting the benefits, usefulness and functionality of how their products can help consumers cope with the added struggles of social isolation, social distancing, and even quarantining.

In my experience as a consumer, I observed a handful of businesses creating more hype around their products and generating more public awareness of their brand. For example, when the PlayStation 5 released in late 2020, Sony had spent the most money on advertising in comparison to any of their previous products (AdAge 2020). This coincided with the beginning of the pandemic and I remember seeing advertisements on social media platforms such as YouTube and Google that referred to this console as “the new future of gaming” and “is unlike anything else the company has ever made”. This is a good representation of hype as these statements are emphasizing the value of the PlayStation 5 while at the same time separating themselves from their competitors such as Xbox.

COVID-19 has resulted in me spending most of my time indoors and has increased my technology usage in an attempt to keep myself occupied. Because of this, my first exposure to the PlayStation 5 was when a musician known by the name of Travis Scott posted to his social media account a picture of the console. From there, I began to research more about it and found out facts such as the pricing, what is included and the games available for it. I also took to noticing more advertisements and posts on my Google search engine and social media feed pertaining to the PlayStation 5. This is an example of which is defined as a consumer’s ability to pay more attention to visual and audio advertisements pertaining to items that are relevant to them (Niosi, n.d.). After seeing all of the hype surrounding the PlayStation 5, it led me to believe that this was a current and highly sought-after product which was high in consumer demand. Also, most retail stores had a limited stock of it due to the added problems that resulted because of COVID-19 which had strengthened my desire to want it.

Utilizing our senses to distinguish different objects plays a big factor in my purchasing habits. refer to humans using their senses which are seeing, smelling, touching and hearing in order to make sense of the objects around them (Niosi, n.d.). An example of a time when I used my hearing, seeing and touching receptors to make an important decision was when I purchased my current PlayStation 4 gaming console. I remember going to Best Buy and having the ability to get a physical feel for the game controllers, seeing how big the actual console was and being able to test it out to see if I was interested. I was also able to ask and have questions answered by a sales representative who provided his expertise on the item and assisted me with navigating the menu settings. Being able to hear this information from an expert changed my perception for the better and made my purchasing process easier. 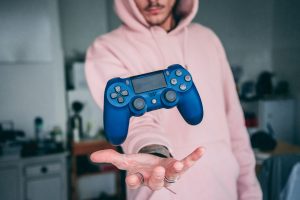 During COVID-19 when I was unable to go out to public places, I wanted to upgrade my PlayStation 4 gaming console to the newer 5 version as I was spending a lot of time indoors. Sony had emphasized in their advertisements that they had worked on designing this newer console to provide consumers with a better sensory experience. The systems that they targeted are that of hearing, seeing and touching. Examples of this can be seen in the 3D technology built into the console that enhances both the visual and audio stimuli of a gamer. The touch sensitivity had been improved on the game controllers in order to give the gamer a more adaptable and realistic experience. Personally, the most intriguing feature that persuaded me into wanting it was seeing the change in the console design. It differed from the previous model as it took on a new shape, size and looked futuristic. In addition, the upgraded PlayStation 5 would allow me to experience as a gamer the virtual reality experience that I was unable to receive with my current PlayStation 4 model.

In the past as a consumer, when I have gone through the purchasing process for an expensive item, my ability to see the product in person, touch and get a feel for its weight and size along with consulting a professional and being able to hear their information and suggestions, plays a big part in my purchasing process. The only sources I had to gather information from while at home was from YouTubers who were using and reviewing their experience playing the PlayStation 5 and through online websites e.g. (Amazon.ca, Best Buy, Costco) which provided me with images and reviews of the product.

In conclusion, when I was first interested in purchasing the PlayStation 5 in 2020, retail stores were closed because of COVID-19 and therefore I was not able to use my sensory systems to experience the improved audio, visual and enhanced virtual reality features for myself. As a consumer not being able to have an in-person experience with a new product and the inability of using all of my sensory systems had resulted in feelings of uncertainty as to whether I would like to purchase this expensive product. I came to a decision that I would hold off making the purchase until a time when retailers have made the PlayStation 5 available for consumer testing and when the market for this product has stabilized enough to the point where Sony and retailers will provide a discount.

refers to the actions that we partake in during our everyday lives that are viewed as acceptable within society. They generalize the accepted way of thinking, feeling, and behaving in a way that our groups support.

when a product has major value within the public's eyes through high publicity and promotion.

a consumer’s ability to pay more attention to visual and audio advertisements pertaining to items that are relevant to them.

humans using their senses which are seeing, smelling, touching and hearing in order to make sense of the objects around them.

Student Anthology: Consumer Behaviour in Pandemic Times by Andrea Niosi is licensed under a Creative Commons Attribution-NonCommercial-ShareAlike 4.0 International License, except where otherwise noted.