Any action or an event that took place and is completed in a time much before the time of speaking is expressed in simple past tense.

Simple past tense form of a verb:

The structure of the sentence:

Subject + past tense form of base verb + object

Example: I finished my work.

Example: Did you finish your work?

Incorrect: Did you your work?

Example: I did not finish my work.

Incorrect: I did not my work.

At the end of this chapter, all learners will be able to

The King and the spider:

Once upon a time, there was a wise, brave king.  He was a kind ruler.  He  won many battles too.  People in his kingdom were happy and prosperous.

A neighbouring king, wanted to capture this peaceful and prosperous kingdom.  He attacked this country. Unfortunately, the king lost the battle.  Many soldiers were wounded and killed, many others ran away to save their lives.  The king himself hid in a cave.  He was angry and sad.

As he was sitting in the cave, he saw a spider going up the wall of the cave.  As it was climbing, it slipped and fell down.  It tried again and fell down again.

The king saw this and thought, “This little spider is trying so hard to climb up the wall, will it succeed?”

Seeing this, the king thought, “If a small spider can succeed by trying again and again, I can defeat my enemies.”

The king regained his confidence.  He united all his soldiers and attacked the enemy.  The war went on for several days.  At last he defeated the enemy.

Moral of the story: Try and try till you succeed.

The story given above tells us about an event that happened in the distant past, very long ago (time unknown/indefinite).  Hence it is expressed in simple past tense.

The verbs won, wanted, attacked, lost, wounded, killed, ran, hid, saw, slipped, fell, thought, continued, regained, united, defeated all are verbs used in simple past tense.  They tell us that these actions happened some time in the past. 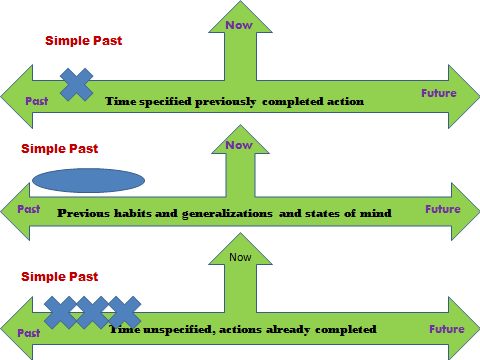 Simple past tense form of a verb is formed:

2. In some cases the spelling changes

3. By changing the body of the base verb (in case of irregular verbs)

4. There is no change in the base verb

Exercise: Use past tense form of the verbs 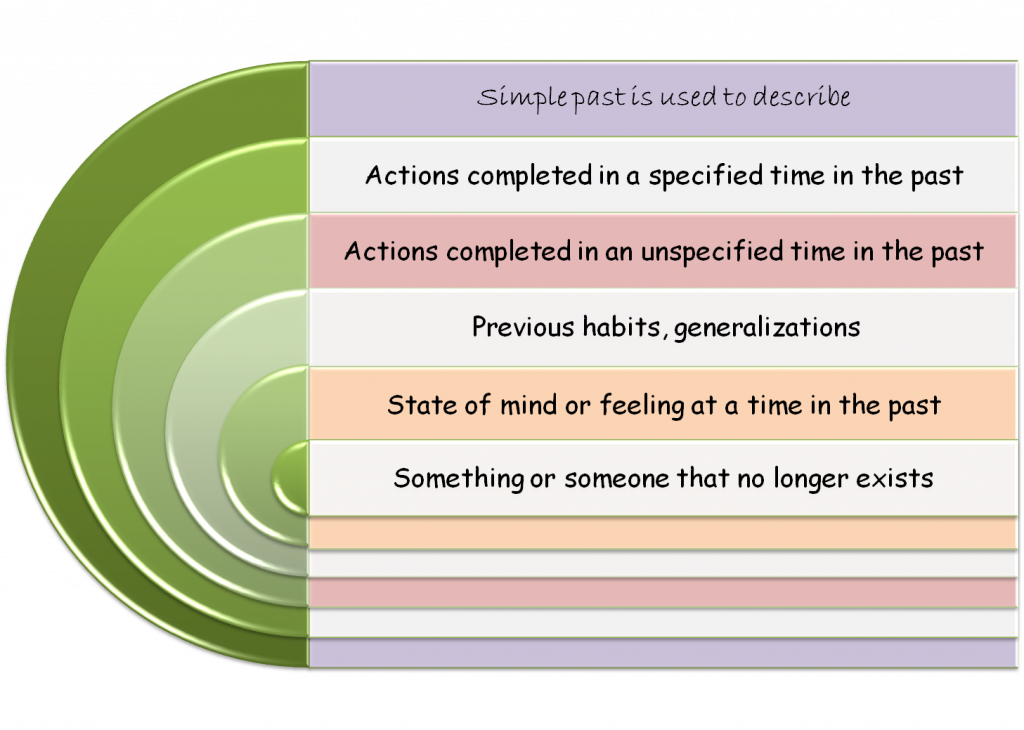 Singal Words for simple past tense:

Exercise: Fill in the blanks using the correct form of verbs, taking hint from the signal words:

In the interrogative/question form of sentences in past tense, we use the main verb as it is.

Note that watched (past tense form) changes to watch (main verb) in the interrogative/question form.  The sentence ends with a question tag (?)

In negative form of sentences in the past tense, we use the main verb and not the

Negative form: Krishna did not watch a movie last night.

Note that watched in (past tense form) changes to watch (main verb) in  negative sentence.

Simple Past by Annapurna Madhuri is licensed under a Creative Commons Attribution-NonCommercial-ShareAlike 4.0 International License, except where otherwise noted.