If you thought that managing a team’s dynamics was difficult, it gets even more challenging when you look at the whole organization. Organizations involve the coordinated activity between many teams, thus magnifying the challenges. Not only do you have a multiplicity of groups that need to manage themselves, but now you also have to manage the dynamics between groups.

This added complexity makes for a chaotic and high-pressure life for members of an organization.[1] Peter Vaill described the chaos of organizational life as “… the nonstop cascade of surprising, novel, obtrusive events that pepper (and sometimes bombard) all managers, events that often cannot be foreseen or planned away.”[2]

The immense time pressures that exist in organizations compound this problem. These time pressures prevent managers from reflecting on unfolding events and learning from experience. Consequently, managers think and act on the fly. This is hardly a recipe for wise action.

These challenges can cause many problems for organizations, which the table below summarizes:[3][4][5]

Reflect on the challenges members of an organization face as described above: chaos and time pressure. Then, review the dysfunctions caused by unwise action listed in the previous table.

For inspiration, the example directly below describes a situation where managers mimicked what other companies did, even though they believed those actions were detrimental in the long-term. 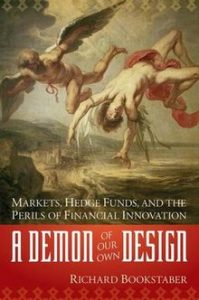 In his book, A Demon of Our Own Design: Markets, Hedge Funds, and the Perils of Financial Innovation, the author described the forces that led bankers to make investments in high-risk assets before the 2008 financial crisis. Despite short-term gains, most bankers knew these assets would ultimately result in losses, yet they still invested. Why?

Initially, when one bank makes a high-risk investment, they earn significant profits for a while. Their superior performance makes other banks look bad. Clients begin saying, “Bank A is earning a 15% return on investment; you are only earning 10%. Why should I invest my money with you?”

Bankers can try to explain to their clients that Bank A’s investment strategy is highly risky and will eventually result in losses. These losses, however, may take a long time to occur, and investors want to earn profits now.

When another bank, say, Bank B, makes the same investment, they, too, get a 15% return. Then Bank C joins the game. Ultimately, if you and your bank do not make the same high-risk investment, then you end up looking like you are a worse-than-average bank. Customers leave, and bankers get fired.

If you want to stay in the game, you need to follow the pack and make similar high-risk investments.

Then, when the high-risk investment ultimately goes bust, it goes bust for every bank at the same time. When clients say, “You’re losing my money!” the bank can reply, “Everyone is losing money. The economy is in a downturn, and everyone is suffering.”

This dynamic creates immense pressure on bankers to follow other banks’ lead, even if they believe the strategy is ultimately doomed to failure.

One of the elements in the above table was wise companies foster employers who understand how they may accidentally use power to disempower others in their organization.

What does it mean to use your power to disempower others? Let’s look at an example.

A university department consisted of several faculty members. A few of these members had founded the department decades ago. Other members were recent hires and had only worked for several months to a couple of years.

Though the older, founding members of the department had no formal authority, they held these individuals in high esteem. As a result of the respect and seniority these senior members had, they possessed informal power within the department.

In itself, there was nothing wrong with this. These founding members had significant experience and a deep interest in the department’s success. Their authority, even though it was informal, did manage to “disempower” others, though.

During meetings, faculty would often debate different solutions to the problems they had. When one of these founding members spoke, however, the department considered the issue closed.

If a newer faculty member was dissatisfied with the resolution and sought to re-open the debate, they were met with resistance from the department. The debate was tolerated only so long as the founding members tolerated it.

As newer faculty chafed under this dynamic, morale dropped, and several people felt bullied.  The department risked sliding into dysfunction until the university intervened and moderated a negotiation over how department members treated one another.

If you have power, whether formal or informal, the key takeaway is you may inadvertently silence those with less power. Not only can this erode morale and create a toxic work environment, but it can also close avenues of good ideas and needed change.

To counter this, organizations that aspire to act wisely will foster awareness among its employees of how people might use power to disempower others. They further create systems that allow all voices to be heard.

Organizational aspects of wisdom by Brad C. Anderson is licensed under a Creative Commons Attribution 4.0 International License, except where otherwise noted.