Personality, Lifestyle, and The Self

One of the most important psychological approaches to understanding personality is based on the theorizing of the Austrian physician and psychologist Sigmund Freud (1856–1939), who founded what today is known as the psychodynamic approach, an approach to understanding human behaviour that focuses on the role of unconscious thoughts, feelings, and memories.

Freud attracted many followers who modified his ideas to create new theories about personality. These theorists, referred to as neo-Freudians, generally agreed with Freud that childhood experiences matter, but deemphasized sex, focusing more on the social environment and effects of culture on personality. Two notable neo-Freudians featured in this section include Erik Erikson and Carl Jung (pronounced “Yoong”).

Many people know about Sigmund Freud because his work has had a huge impact on our everyday thinking about psychology, and the psychodynamic approach is one of the most important approaches to psychological therapy (Roudinesco, 2003; Taylor, 2009). Freud is probably the best known of all psychologists, in part because of his impressive observation and analyses of personality (there are 24 volumes of his writings). As is true of all theories, many of Freud’s ingenious ideas have turned out to be at least partially incorrect, and yet other aspects of his theories are still influencing psychology.

In terms of free will, Freud did not believe that we were able to control our own behaviours. Rather, he believed that all behaviours are predetermined by motivations that lie outside our awareness, in the unconscious. These forces show themselves in our dreams, in neurotic symptoms such as obsessions, while we are under hypnosis, and in Freudian “slips of the tongue” in which people reveal their unconscious desires in language. Freud argued that we rarely understand why we do what we do, although we can make up explanations for our behaviours after the fact. For Freud the mind was like an iceberg, with the many motivations of the unconscious being much larger, but also out of sight, in comparison to the consciousness of which we are aware.

Freud proposed that the mind is divided into three components: , and that the interactions and conflicts among the components create personality (Freud, 1923/1949). According to Freudian theory, the id is the component of personality that forms the basis of our most primitive impulses. The id is entirely unconscious, and it drives our most important motivations, including the sexual drive (libido) and the aggressive or destructive drive (Thanatos). According to Freud, the id is driven by the pleasure principle — the desire for immediate gratification of our sexual and aggressive urges. The id is why we smoke cigarettes, drink alcohol, view pornography, tell mean jokes about people, and engage in other fun, harmful, risky, or “taboo” behaviours, often at the cost of doing more productive activities.

Ads that signal to consumers that their products will make them look more attractive and appear more desirable speak directly to the id. Consumers are drawn to the gratification, or “pleasure principle” these kinds of advertisements represent. Product categories geared towards maximum pleasure are desirable results include clothing, cigarettes, cars, makeup, and perfume. 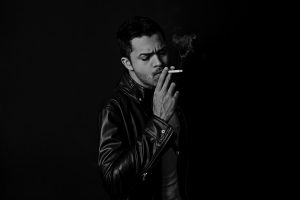 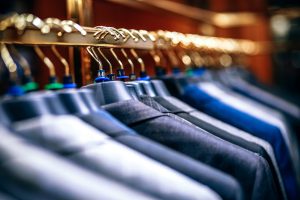 In stark contrast to the id, the superego represents our sense of morality and oughts. The superego tell us all the things that we shouldn’t do, or the duties and obligations of society. The superego strives for perfection, and when we fail to live up to its demands we feel guilty.

The superego, representing consumers’ conscience, tells us what we ought to do. It has or best interest in mind and seeks to counter the allure and seduction of the “id.” Advertisements appealing to our rational and balanced sensibilities include health food, self-care, charitable donations, and PSA’s (public service announcements) such as anti-smoking campaigns. 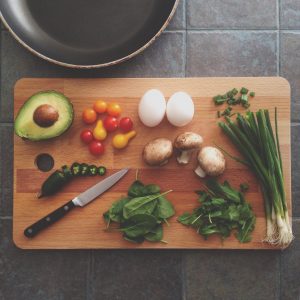 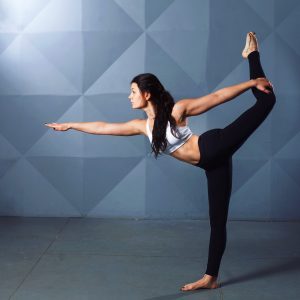 In contrast to the id, which is about the pleasure principle, the function of the ego is based on the reality principle — the idea that we must delay gratification of our basic motivations until the appropriate time with the appropriate outlet. The ego is the largely conscious controller or decision-maker of personality. The ego serves as the intermediary between the desires of the id and the constraints of society contained in the superego. We may wish to scream, yell, or hit, and yet our ego normally tells us to wait, reflect, and choose a more appropriate response.

Explanations and Examples of Defense Mechanisms

Freudian theory was so popular that it led to a number of followers, including many of Freud’s own students, who developed, modified, and expanded his theories. Taken together, these approaches are known as . The neo-Freudian theories are theories based on Freudian principles that emphasize the role of the unconscious and early experience in shaping personality but place less evidence on sexuality as the primary motivating force in personality and are more optimistic concerning the prospects for personality growth and change in personality in adults.

As an art school dropout with an uncertain future, young Erik Erikson met Freud’s daughter, Anna Freud, while he was tutoring the children of an American couple undergoing psychoanalysis in Vienna. It was Anna Freud who encouraged Erikson to study psychoanalysis. Erikson received his diploma from the Vienna Psychoanalytic Institute in 1933, and as Nazism spread across Europe, he fled the country and immigrated to the United States that same year. Erikson later proposed a psychosocial theory of development, suggesting that an individual’s personality develops throughout the lifespan — a departure from Freud’s view that personality is fixed in early life.

In his theory, Erikson emphasized the social relationships that are important at each stage of personality development, in contrast to Freud’s emphasis on sex. Erikson identified eight stages, each of which represents a conflict or developmental task (see table below). The development of a healthy personality and a sense of competence depend on the successful completion of each task.

Using Erikson’s model, it’s clear that some marketing strategies are designed to address the different developmental stages. Consider how different companies design the 4P’s of marketing to fulfill these strategies: toys for 7-11 year olds may include a LEGO set, puzzle, or home chemistry set that helps a child build confidence and competencies. Social media platforms such as TikTok and SnapChat provide 12-18 year olds the opportunity to experiment and develop their identities and roles. Middle and older adults from 30-64 years of age are evaluating how they can better align their roles as consumers with climate action and are targeted with ads for hybrid and electric vehicles, for the good of society. Meanwhile, the older adults and elderly members of society are advertised ways to maintain integrity in life: insurance, cruises, and measures to provide safe and secure independent living.

Carl Jung (1875-1961) was another student of Freud and developed his own theories about personality. Jung agreed with Freud about the power of the unconscious but felt that Freud overemphasized the importance of sexuality. Jung argued that in addition to the personal unconscious, there was also a collective unconscious, or a collection of shared ancestral memories. These ancestral memories, which Jung called , are represented by universal themes in various cultures, as expressed through literature, art, and dreams (Jung). Jung said that these themes reflect common experiences of people the world over, such as facing death, becoming independent, and striving for mastery. Jung (1964) believed that through biology, each person is handed down the same themes and that the same types of symbols — such as the hero, the maiden, the sage, and the trickster — are present in the folklore and fairy tales of every culture. In Jung’s view, the task of integrating these unconscious archetypal aspects of the self is part of the self-realization process in the second half of life.

With this orientation toward self-realization, Jung parted ways with Freud’s belief that personality is determined solely by past events and anticipated the humanistic movement with its emphasis on self-actualization and orientation toward the future. Rather than being seen as purely biological, more recent research suggests that emerge directly from our experiences and are reflections of linguistic or cultural characteristics (Young-Eisendrath, 1995). Today, most Jungian scholars believe that the collective unconscious and archetypes are based on both innate and environmental influences, with the differences being in the role and degree of each (Sotirova-Kohli et al., 2013).

Jung also proposed two attitudes or approaches toward life: extroversion and introversion (Jung, 1923) (see table below). These ideas are considered Jung’s most important contributions to the field of personality psychology, as almost all models of personality now include these concepts. If you are an extrovert, then you are a person who is energized by being outgoing and socially oriented: You derive your energy from being around others. If you are an introvert, then you are a person who may be quiet and reserved, or you may be social, but your energy is derived from your inner psychic activity. Jung believed a balance between extroversion and introversion best served the goal of self-realization.

Characteristics of Introverts and Extroverts

Another concept proposed by Jung was the , which he referred to as a mask that we adopt. According to Jung, we consciously create this persona; however, it is derived from both our conscious experiences and our collective unconscious. What is the purpose of the persona? Jung believed that it is a compromise between who we really are (our true self) and what society expects us to be. We hide those parts of ourselves that are not aligned with society’s expectations.

Carl Jung (1875-1961) theoretical work on personalities included archetypes, which he believed to be "ancestral memories" reflecting the common experiences of people all over the world. His explanation of archetypes included a strong belief that they were mostly biological and handed down to us. More recent research on archetypes suggests that they come from our lived experiences and reflect our cultural characteristics (and are not biological or handed down).

Carl Jung (1875-1961) proposed the idea of a persona, which he explained as a sort of "mask" that we adopt that represents compromise between our "true self" and the person society expects us to be.

Introduction to Consumer Behaviour by Andrea Niosi is licensed under a Creative Commons Attribution-NonCommercial-ShareAlike 4.0 International License, except where otherwise noted.