By the end of this chapter you should be able to:

The Theory Of Evolution

When it comes to evolution one name often comes to mind; Charles Darwin. Though he is famously known for his extensive work on various species and the eventual emergence of what we today call the Theory of Evolution, often referred to as Darwinism, he was not the first to think of such a thing.

Before Darwin there was Erasmus Darwin, Charles Darwin’s Grandfather. He had ideas behind how species change over time. However, he lacked a definitive concept, and thus had no mechanism to explain how this worked. His ideas also went against the teaching of the church at the time and so, he failed to pursue it.

Also in the midst of Darwin’s time there was Jean Baptiste Lamark. Lamark also proposed an idea similar to Erasmus, suggesting that species change over time to better themselves, but he added a purpose to such change, stating that they were driven by necessity.

The Theory of Evolution is concrete concept that connects cognitive mechanisms to adaptive properties of various organisms.

What all and almost every theory behind evolution fails to do is explain things in the sense that they may be a by-product of an adaptation such as behavioral and psychological traits in an organism. The theory does well to explain and define things with current functionality and purpose, however it does not address the extra bits and pieces that come along with it.

In this chapter we will interpret, explain and define an actual evolutionary adaptation from evolutionary by products; exaptation and a spandrel.

Adaptation: Any psychological outcome that can be seen as either a product of an adaptive brain mechanism, specialized to produce that outcome.

An adaptation can be explained as something that is inherited and can be reliably developed from the characteristics within a species, which are chosen for through the process of natural selection as is allows for reproductive fitness.

Stephen Jay Gould is an evolutionary psychologist who is famous for coining the terms exaptations and spandrels. Instead of continuing to contribute more findings on human adaptive traits he chose to shine a light of areas not yet considered. 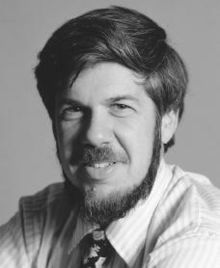 Gould looked not at adaption as a positive outcome from the process of natural selection, but rather to see the limitations and negative consequences of natural selection. in a paper in 1979 titled “The Spandrels of San Marco and the Panglossian Paradigm,” Gould strives to explain how spandrels are an inevitable consqeuence of something chosen for in natural selection, a 2-in-1 package deal so to speak.

In another paper written in 1982, titled “Exaptation – A Missing Term in the Science of Form,” Gould also suggests that exapatations are a term that needs to be conceptualized in order to understand the complexity of adaptations. If an adaption is the change in an species to improve fitness, exaptations can be explained as not changes in the organism but changes in the way the organism uses what it currently has to continue survival.

He continues to explain how we often tend to be so enamoured by the unanimity of an organism that we often fail to notice these redundant side effects, which are these by-products.

Religion As An Adaptation

According to cognitive and evolutionary psychology in regards to religion, a vast majority of the world practice some kind of religion while some lack the concept of god as a whole. According to Darwin, the cognitive processes surrounding religion is not natural or psychological, but instead concern the overlapping of various elements such as:

For centuries humans have needed to create a sense of belonging, which is vital considering we are rather social organisms. Religion (as well as culture) allows us to do this by creating a set of rules and way of life that all people in that group can follow and maintain. These ways are often driven by supernatural phenomena and give reason to things that can not otherwise be justified.

A common misconception surrounding adaptations is that traits that are chosen for are embedded into the genetic code of a species, which would make it possible to produce offspring that will carry the trait of choice. This is not true as it implies that genotype of an organism is the sole contributor of behavioural and psychological features as well.

For example, “Kids are likely to have the same religion as their parents”. This is not because of gene transmission, but the features still got passed down.

This example is arguably not an adaptation as it addresses no adaptive problem for the organism, nor does it seem to have a complex design behind its origin. Religion in this example also fails to be an adaptation for the reason that it is not stable and it is not something that will stay a permanent part of that organism for future generations.

Exaptation: Also known as co-option, describes a shift in the function of a trait during evolution.

An exaptation can be explained through Gould’s two definitions

Religion As An Exaptation

What about religion then? Understanding that exaptations are traits that have simply just existed and re purposed rather than traits that have been specifically chosen for, what does that make religion? Well one can argue with confidence that religion is an exaptation, much like the feathers of a bird. Religion may simply be the residual of what we as humans have always had; the instinct to survive.

Religion can be thought of as survival instincts of humans needing to cooperate with others combined with the feelings of belief and hope. Humans strive to increase their fitness or increase the likelihood of inclusive fitness, and what best way to do so than to belong to a group in which you share not only genetics, but the same understanding of life.

Unfortunately, the argument that religion is an exaptation does not uphold as religion isn’t something that has always been around and simply been re-purposed. Cooperation is more the thing of focus in this case and so be must discredit religion as an exaptation.

Spandrel: A spandrel is a phenotypic characteristic that is a by-product of the evolution of some other characteristic, rather than a direct product of adoptive selection.

Spandrels are beautifully explained by Gould as an inevitable by-product of necessary things. Like the spaces found between arches in the video above. Spandrels are things that end up emerging by accident, the best way for me to explain it without reiterating Gould is to describe conciousness in the same manner. Researchers have tried to justify conciousness as a needed part to assess ourselves in our environment, and the only way to do so was to be aware of ourselves first, but beyond that it served no purpose.

Consequently we now have the ability to understand when we have thoughts, to have feelings, and to be aware of our movements, the cost of having the benefit of being aware of ourselves in our surroundings.

Religion As A Spandrels

It is difficult to understand how genes affect behaviour because there is a lack of understanding surrounding the connection how genes contribute to psychological development. In the meantime, we can see adaptations as “reliably developing characteristics” no by way of genes, but cultural transmission selecting cultural products to facilitate reproduction.

Religion is a set of ideas that survives via cultural transmission because it overrides other evolved cognitive structures. A belief of ghosts/afterlife generated by a mechanism producing illusory, but adaptive beliefs. This impacts the net genetic fitness of persons in ancestral environment.

In short, religion is a belief system that members of a group has agreed shall be the norm. These systems are so grossly complex that simply getting rid of them is not easy and this, they have maintained themselves for millenniums, becoming more complex as a result. Places like China, India, Japan, have customs associate with many religious traditions that date back thousands of years and these tend to be the traditions the younger generations adapt to in order to improve the likelihood of their survival.

Religion can be understood as a spandrel in the same way that Stephen Jay Gould claims the surface area between two adjacent arches are spandrels. In using natural selection we have chosen for traits that allowed for a strong foundation that has promoted human survival for thousands of years. Traits similar to behavioural and cognitive characteristics like cooperation, that allow for a more communal lifestyle that may boost one own fitness or increase inclusive fitness. Survival without religion is possible so it does not make this a vital component to survival, however it continues to be a inevitable by product of the things that do continue to promote fitness to our species.